Someone was able to record the live show in its entirety (without interruption from the stupid event staff,).
It's only right to share with ONTD since so many of us wanted to and tried to get tix unsuccessfully.
( Collapse )
Although payment in nude pix of ur penis or bf's penis is preferred, a blueberry'd icon would be appreciated!

Hollywood Palladium-Someone was able to record the show without interruption from the stupid event staff, it seems.
It's only right to share with ONTD since so many of us wanted to and tried to get tix unsuccessfully.
( Collapse )
want to make love to you boooooy
come over here and scratch my toesy woesy woesies
</lj-embed>
what is this strange feeling?
Just to be clear!
Mac's song "It's nature, shit happens"
</lj-embed>
RIBBONS BITCHES
i think u know what it is antonio
</lj-embed>
i wish SF had some mcpoyle lovin lol

Although payment in nude pix of ur penis or bf's penis is preferred, a blueberry'd icon would be appreciated!
</div>
source

Everyone, bring your Tyra and other trannylicious gifs out to play
</div> 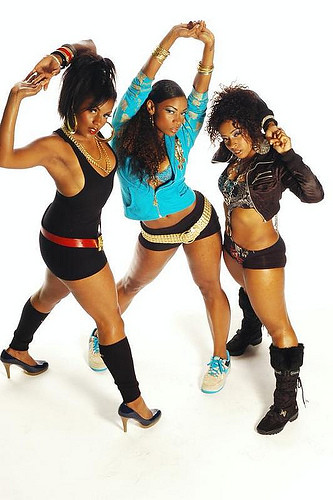 Since I posted a DK post, I thought this would go nicely with that...( Collapse )It's not Clifford nor MIA, but It's worth it just to hear D. Woods verse.

Here are what I could gather from the lyrics:

Yeah, guess who?
It's that sexy motherfucka from the poster in your room like,
yeah, who's that?

It's the only bitch's name that you know in the group
D. Woods
That's right, takin over every cover and she hatin
cuz they love it and i get it cuz i does it, been
everywhere they wanna be
paparazzi calling me
I'm branding like I'm Hennesey
heard you wanna know...

(continues but I didn't care about the rest)
Source
For those of you who don't know what the hell Girls Club is,
here's a brief description D. Woods gave a while back (2007)
For those wondering about "The Girls Club", it is not a group that i have left DK for. It is an organization i've been apart of since before DK. It is my writing team made up of myself, SHANELL aka SNL and MIKA MEANS, along with a crew of many females doing their thing in the industry to create a movement of BOSS B*!@HES. If you wanna learn more about us check out myspace.com/thegirlsclub07 and look out for THE GIRLS CLUB MIXTAPE featuring remixes and original tracks from MIKA MEANS SHANELL aka SNL, D.WOODS and friends but most importantly some of my group members AUBREY AND DAWN of DANITY KANE.
</div>

CHICAGO - Bernie Mac, the actor and comedian who teamed up in the casino heist caper "Ocean's Eleven" and gained a prestigious Peabody Award for his sitcom "The Bernie Mac Show," died Saturday at age 50.

"Actor/comedian Bernie Mac passed away this morning from complications due to pneumonia in a Chicago area hospital," his publicist, Danica Smith, said in a statement from Los Angeles.

She said no other details were available and asked that his family's privacy be respected.

The comedian suffered from sarcoidosis, an inflammatory lung disease that produces tiny lumps of cells in the body's organs, but had said the condition went into remission in 2005. He recently was hospitalized and treated for pneumonia, which his publicist said was not related to the disease.

Recently, Mac's brand of comedy caught him flack when he was heckled during a surprise appearance at a July fundraiser for Democratic presidential candidate and fellow Chicagoan Barack Obama.

Toward the end of a 10-minute standup routine, Mac joked about menopause, sexual infidelity and promiscuity, and used occasional crude language. The performance earned him a rebuke from Obama's campaign.

But despite controversy or difficulties, in his words, Mac was always a performer.

Mac worked his way to Hollywood success from an impoverished upbringing on Chicago's South Side. He began doing standup as a child, and his film career started with a small role as a club doorman in the Damon Wayans comedy "Mo' Money" in 1992. In 1996, he appeared in the Spike Lee drama "Get on the Bus."

He was one of "The Original Kings of Comedy" in the 2000 documentary of that title that brought a new generation of black standup comedy stars to a wider audience.

"The majority of his core fan base will remember that when they paid their money to see Bernie Mac ... he gave them their money's worth," Steve Harvey, one of his costars in "Original Kings," told CNN on Saturday.

Mac went on to star in the hugely popular "Ocean's Eleven" franchise with Brad Pitt and George Clooney.

His turn with Ashton Kutcher in 2005's "Guess Who" topped the box office. It was a comedy remake of the classic Spencer Tracy and Katharine Hepburn drama "Guess Who's Coming to Dinner?" — with Mac as the black dad who's shocked that his daughter is marrying a white man.

In the late 1990s, he had a recurring role in "Moesha," the UPN network comedy starring pop star Brandy.

The comedian drew critical and popular acclaim with his Fox television series "The Bernie Mac Show," which aired more than 100 episodes from 2001 to 2006.

The series about a man's adventures raising his sister's three children, won a Peabody Award in 2002. At the time, judges wrote they chose the sitcom for transcending "race and class while lifting viewers with laughter, compassion — and cool."

The show garnered Golden Globe and Emmy nominations for Mac.

"But television handcuffs you, man," he said in a 2001 Associated Press interview. "Now everyone telling me what I CAN'T do, what I CAN say, what I SHOULD do, and asking, `Are blacks gonna be mad at you? Are whites gonna accept you?'"

He also was nominated for a Grammy award for best comedy album in 2001 along with his "The Original Kings of Comedy" co-stars, Harvey, D.L. Hughley and Cedric The Entertainer.

In 2007, Mac told David Letterman on CBS' "Late Show" that he planned to retire soon.

"I'm going to still do my producing, my films, but I want to enjoy my life a little bit," Mac told Letterman. "I missed a lot of things, you know. I was a street performer for two years. I went into clubs in 1977."

Mac was born Bernard Jeffrey McCullough on Oct. 5, 1957, in Chicago. He grew up on the city's South Side, living with his mother and grandparents. His grandfather was the deacon of a Baptist church.

In his 2004 memoir, "Maybe You Never Cry Again," Mac wrote about having a poor childhood — eating bologna for dinner — and a strict, no-nonsense upbringing.

Mac's mother died of cancer when he was 16. In his book, Mac said she was a support for him and told him he would surprise everyone when he grew up.